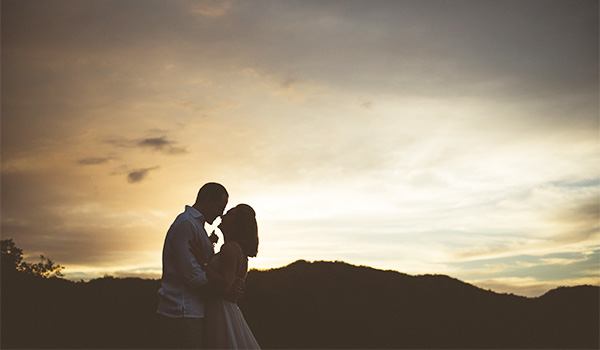 Photo: Raquel from Wedding Day Story
Where it all started

When registered nurse, Kristen, met Andrew, a personal trainer, at a mutual friend's birthday party in Sarnia, she wasn't looking for a relationship - until Andrew walked into her life and everything changed. Initially, fun-loving Kristen was unsure whether she wanted to jump into something so serious straight away, however Andrew was truly smitten and relentlessly pursued her until she agreed to a date. After dinner and a movie, Kristen was as well and from there, as they say,the rest was history! They soon moved in together and Andrew began planning how he could pop the question.

He decided that there would be nowhere more romantic than a tropical beach, so while the two were on vacation at Riu Playa Blanca in Panama he took Kristen for a stroll after dinner on the beach and suddenly knelt down in the sand. Aft first, Kristen thought he was joking - telling him "very funny, you can stand up now!" (She had always told him how romantic a beach proposal would be and he had always said that would never happen. So she couldn't quite believe it was really happening!) When he said he was serious, she of course said 'yes'! 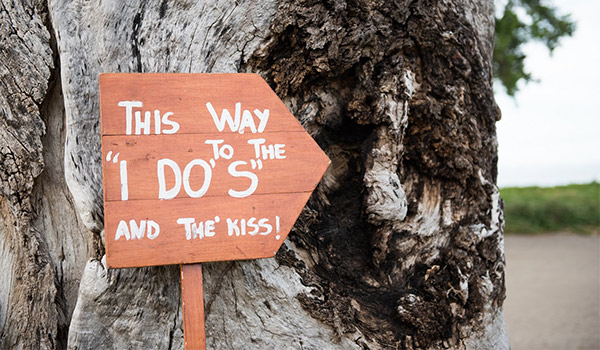 After the romance of their proposal, Andrew knew he wanted a destination wedding right from the beginning, but Kristen was on the fence because she wasn't sure her family would be able to attend the wedding if it was so far away. However she got the support that she needed from her family and so they agreed that a destination wedding was the perfect choice for them! They decided to return to one of their favourite destinations: Costa Rica. The first trip they ever took together was to Riu Guanacaste in Costa Rica and they loved the beautiful beach, wonderful people and fabulous food. They thought that the setting and proximity to day trips would be perfect for them and their guests, and they started planning their wedding at Riu Palace Costa Rica. 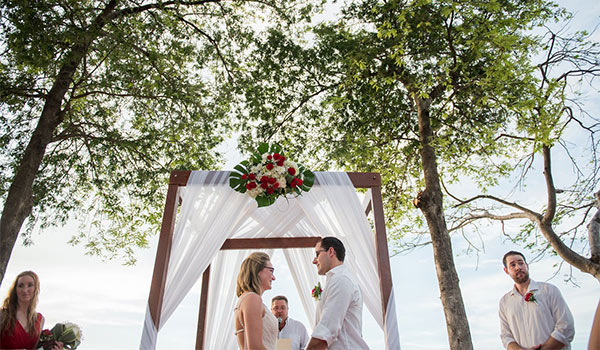 When it was time for the big day, the happy couple found that the resort and beautiful setting exceeded their expectations. Being there with 23 of their closest family and friends made their wedding all the more special! Kristen's favourite moment of the day was walking down the aisle with her dad towards Andrew, and the look on his face when he saw her for the first time. It was a day neither of them will ever forget. They also loved working with their destination wedding expert, who they said made the process stress-free and perfect. 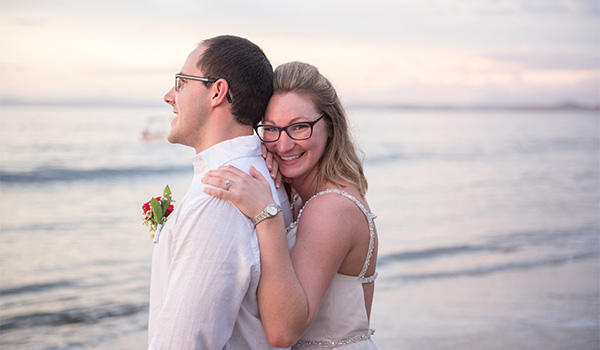 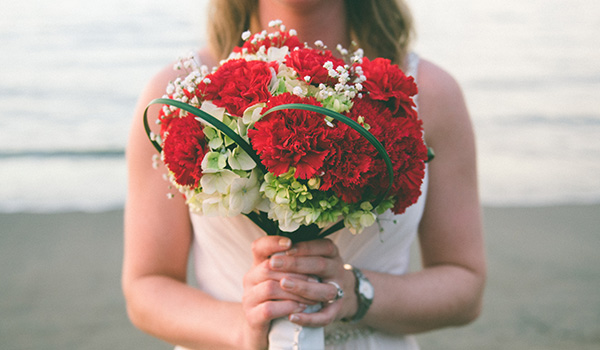 Hair and makeup: Done by Kristen

"Try to relax, breathe and take it all in! Resorts know what they're doing when it comes to weddings and the process is essentially stress-free so you can focus on enjoying your big day."