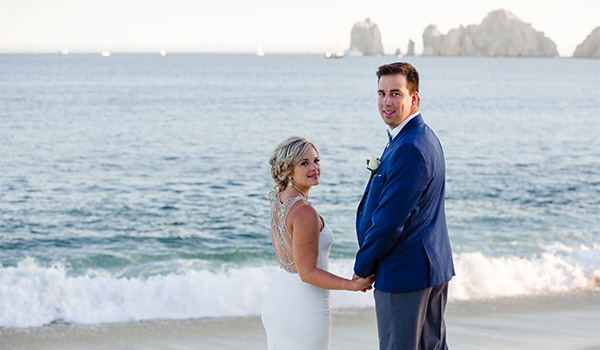 Photo: My Wedding in Los Cabos
Where it all started

Kelsey and Jesse, both born and raised in Fort McMurray, Alberta, caught each other’s eye in high school but their love story didn’t begin until years later when Jesse walked into the bar that Kelsey was working at. After years of not seeing each other, Kelsey knew she had to take her shot that night and sent a round of drinks to his table in hopes of striking up a conversation. Flattered by the gesture, Jesse asked if he could take her on a date.

Since the pair share a love of winter sports, Jesse planned a fun-filled afternoon of snowboarding. Despite his exhaustion from working the night shift and spending a long day on the slopes, Jesse was having so much fun getting to know Kelsey that he didn’t want the date to end and the duo decided to go out for dinner afterwards.

Over the next six and a half years, Kelsey and Jesse travelled the world together. Before embarking on a five-week trip backpacking through South East Asia, Kelsey’s friends and family predicted that Jesse would propose, but Kelsey wasn’t convinced. Towards the end of the trip, the daring duo stopped in the Philippines for an exhilarating diving excursion. Kelsey was busy exploring exotic reefs when she felt a tap on her leg and turned around to see Jesse holding a sign that read “Will you marry me?”. Kelsey was overcome with excitement and joy but could only reply with a thumbs up until she emerged from the ocean! 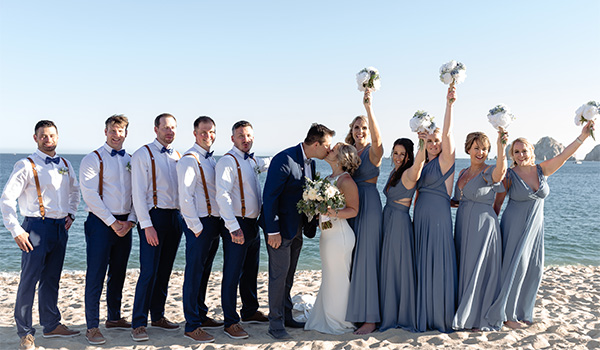 Photo: My Wedding in Los Cabos
Planning the wedding

The newly engaged couple began planning their wedding as soon as they returned home. As avid explorers, it was important for them to incorporate their passion for travelling into their big day, making a destination wedding the perfect option. In fact, the first time Kelsey seriously thought about marrying Jesse was when they were in the Dominican Republic for their friend’s destination wedding; seeing his excitement and emotions made her want to share those memories with him one day.

Kelsey and Jesse ultimately decided to host their tropical celebrations at Riu Palace Cabo San Lucas. They had fallen in love with this resort on a previous vacation and wanted to share their incredible experience with their family and friends. 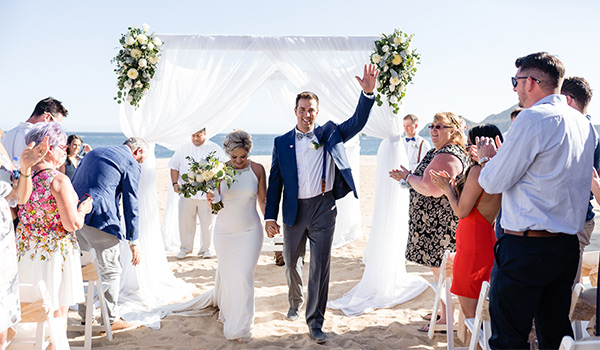 On March 20th, 2019, Kelsey and Jesse tied the knot in Los Cabos surrounded by 70 of their loved ones. Their ceremony took place on glistening golden-sand shores featuring simple décor to complement the effortless beauty of their destination. Afterwards, the couple celebrated with a gorgeous reception on the Arcos Terrace overlooking the Pacific Ocean.

For Kelsey, the most memorable moment from their destination wedding was walking down the aisle and seeing Jesse and his groomsmen wearing Calgary Stampeder pins. Her mother, who was a huge fan of the Stampeders, had recently passed away and Jesse secretly ordered the pins to surprise his bride-to-be and honour her mother on their special day.

When their incredible wedding week came to an end, Kelsey and Jesse extended their stay in paradise at Riu Palace Baja California, an adults only resort nearby. The happy couple spent their honeymoon lounging on the beach, cooling off in the resort’s glamorous infinity pool and dining at delicious à la carte venues, the perfect end to their perfect wedding vacation. 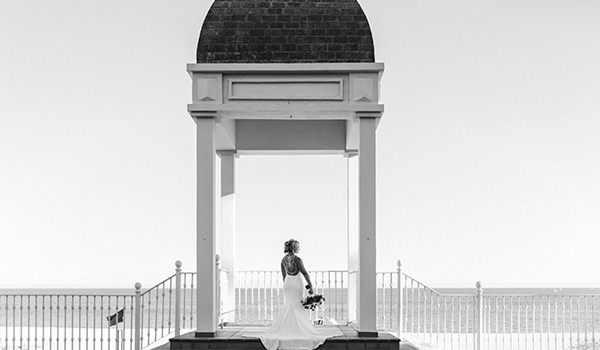 Kelsey’s gown: Elegant fit and flare with beaded-detail open back by Pronovias

Kelsey’s accessories: Earrings and bracelet borrowed from her sister

Jesse’s accessories: Wooden watch, which was a wedding gift from Kelsey, and a Calgary Stampeders pin in honour of Kelsey’s late mother 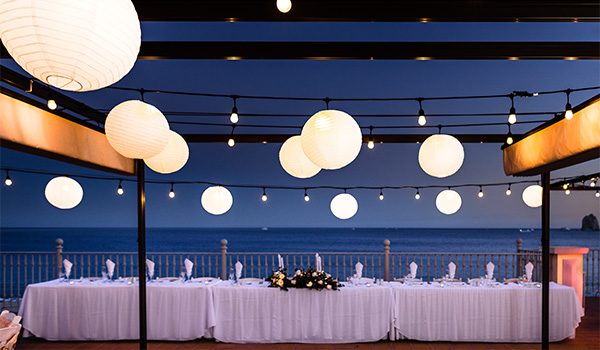 Photographer: My Wedding in Los Cabos

Hair and makeup: Renova Spa at the resort

Old: Locket with Kelsey’s mom’s ashes in her bouquet

“I highly recommend having a destination wedding. The hardest part is choosing between all of the beautiful destinations, but once you have your location everything else just falls into place.”