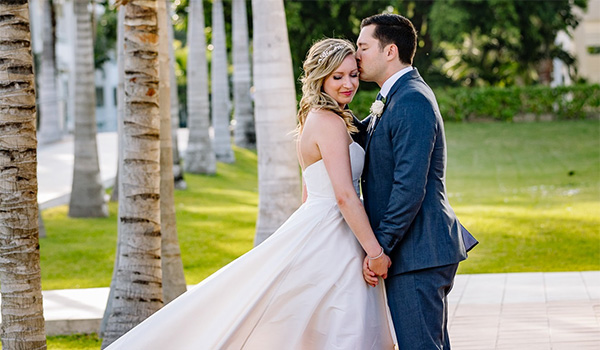 Photo: Susanna Antichi
Where it all started

Recruitment specialist Kaitlyn never thought that a trip to the Calgary Stampede in the summer of 2013 would lead to her meeting the love of her life. After travelling to Calgary for the stampede to catch up with a former travel buddy, Kaitlyn met Mark – an investment banker – through one of their mutual friends who was also attending the festival. Mark asked Kaitlyn to dance, spun her around the dance floor to their favourite country music and the rest was history! After an ultra-romantic first date in Banff filled with wine tasting, hiking and getting to know each other, the two were inseparable.

After they had been dating for a few years, Mark made the decision to attend school overseas. Even though Kaitlyn wasn’t able to join him, they both knew they wanted to be together forever no matter the distance and Kaitlyn had a hunch that Mark would propose before he left. In August of 2015, before Mark was due to leave for school, the couple took a romantic trip to picturesque Kelowna in BC. They enjoyed a romantic lunch overlooking Okanagan Lake followed by a stroll through the nearby vineyard, where Mark got down on one knee and asked Kaitlyn to be his wife. Of course she said ‘yes’! 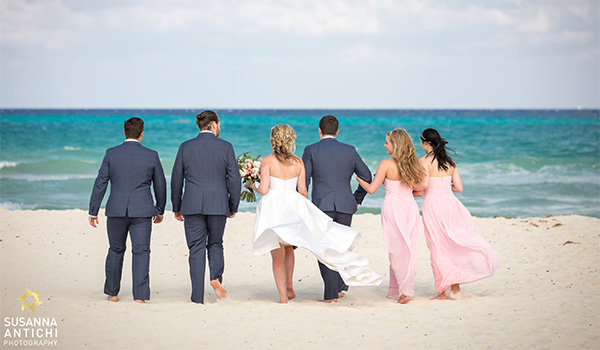 Kaitlyn and Mark knew from the beginning that a destination wedding was the perfect choice for them. Kaitlyn had family from Ontario who would have to travel for the wedding anyways, and having a wedding in destination meant that everyone would get to spend a fun-filled week together in paradise instead of just one or two days at home. They chose the Riviera Maya as their destination because of its turquoise waters, beautiful beaches and all the exciting activities available in town for their adventure-seeking guests. Riu Playacar was the perfect choice for them with its stunning beachfront, delicious food, top-notch service and close proximity to downtown Playa Del Carmen. 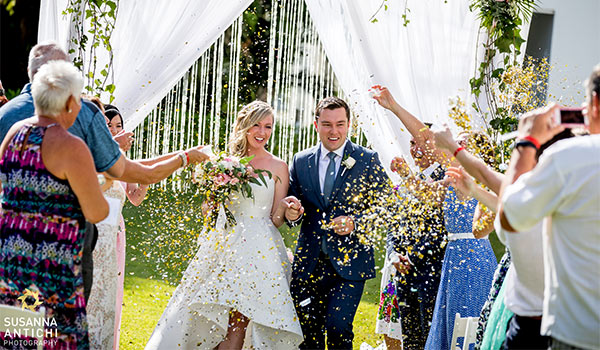 On May 10, 2017, Kaitlyn and Mark became husband and wife in front of 30 of their closest family and friends in Riu Playacar’s garden venue that was decorated beautifully in their colour scheme of ivory, light pink and gold; including flowers wrapped around the top of the golden archway and a magical flower petal aisle. After exchanging their vows, guests let off gold confetti poppers as Kaitlyn and Mark walked down the aisle towards their glamorous pool bar reception, where they danced the night away after an al fresco wedding dinner. For their honeymoon the happy couple decided to stay in Mexico for an additional week at the luxurious El Dorado Seaside Suites by Karisma. 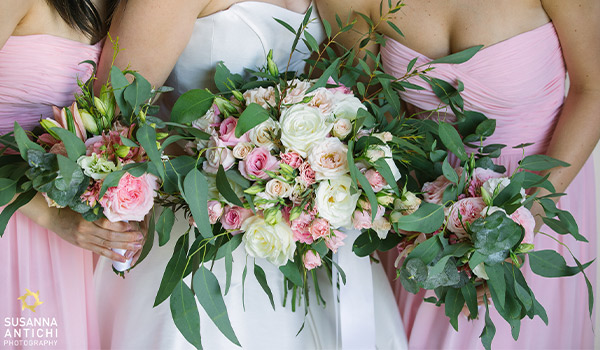 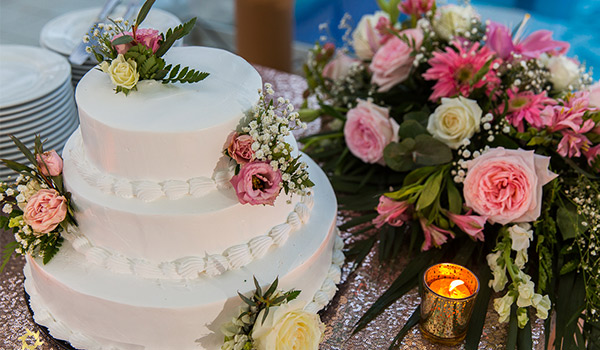 First dance: This Will Be (An Everlasting Love) – Natalie Cole 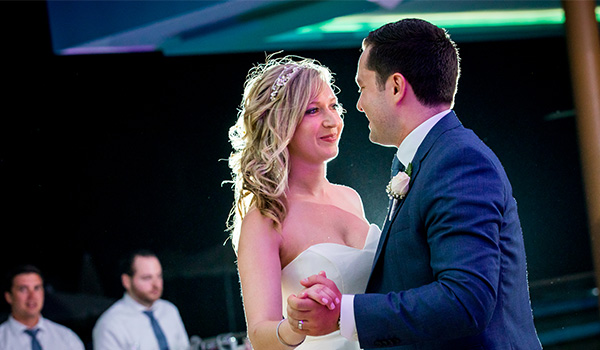 "Don’t stress about the details – Kaitlyn was originally worried about not being able to see her décor until the big day, but she was thrilled with how the flowers, gazebo and reception set up turned out."