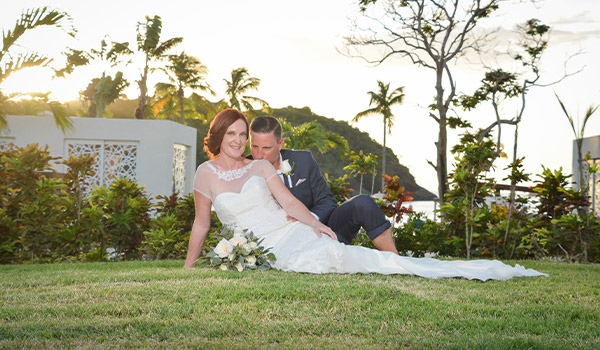 Where it all started

Heather and Travis’ love story is the stuff of modern-day romance. Heather, a sales analyst from Pickering and Travis, a corporate pilot from Milton, first met online and felt an immediate connection to one another. Heather thought Travis was cute, easy going and a real gentleman, and Travis thought Heather was cute, fun and easy to talk to. He asked her out for drinks at the Esplanade in Toronto and the two clicked so much that six months later, they had moved in together.

The proposal happened on a romantic Christmas Eve after the couple had been together for three years. They had recently welcomed their first child and were already expecting their second! As the couple sat together in their living room reflecting on how much their lives had changed, Travis asked Heather if he could give her an early Christmas present. He told her to close her eyes and when she opened them, he was down on one knee! It was a Christmas Eve they would never forget. 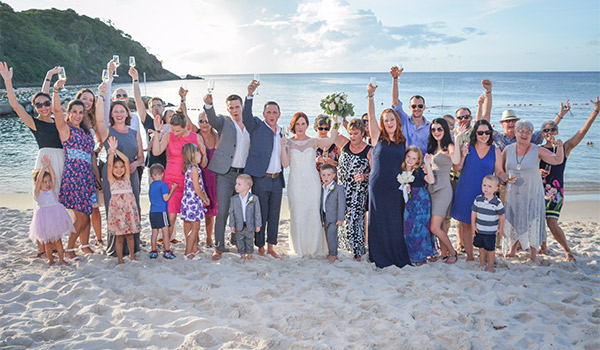 Originally the couple were thinking of having a cottage wedding, but they soon became enamored with the idea of a destination wedding. Their love of travel was something they had bonded over when they first started dating and after having two kids in the past year they were excited to enjoy a relaxing getaway with their friends and family.

When it came to choosing their destination, Heather let Travis take the reins as his job as a pilot had allowed him to travel extensively throughout the islands. Saint Lucia was their top pick as the landscapes were exotic and gorgeous, and there were lots of nearby excursions for guests who wanted to get off the resort to explore. Travis had visited Royalton Saint Lucia on a work trip and decided it was the perfect resort for their wedding with its modern amenities, beautiful setting and friendly staff. 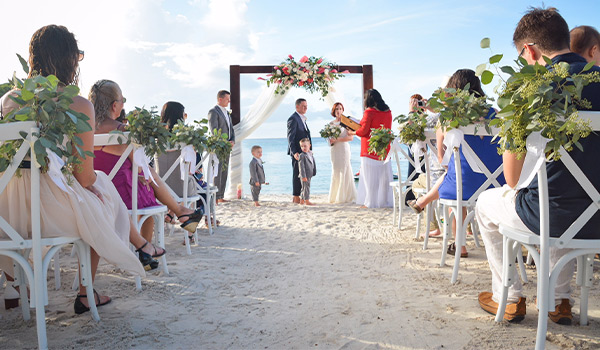 On November 15th, 2017, Travis and Heather became husband and wife on the beach at Royalton Saint Lucia. As Heather walked down the aisle towards her groom and her two little boys dressed in their adorable suits she was overcome with emotion. After the ceremony, they enjoyed their Bohemian-themed reception at the Sky Terrace overlooking the resort with their family and friends. 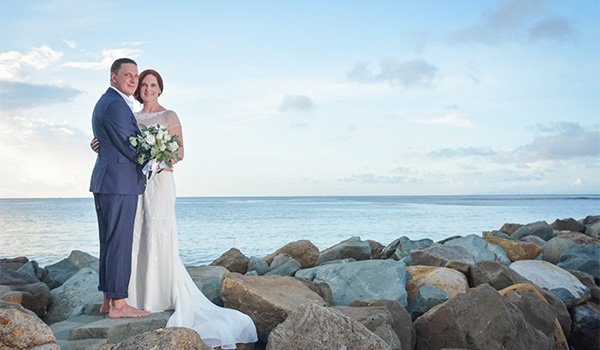 Heather’s dress: Lace trumpet gown with sheer overlay from The Bride’s Project, a non-profit that donates profits to cancer charities (a concept close to Heather’s heart) 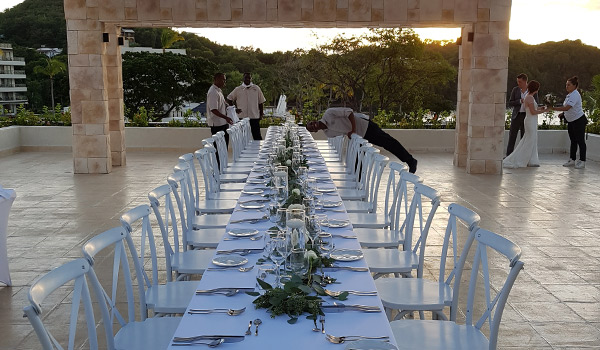 "Make sure to take time to relax! We were enjoying cocktails in the pool on our wedding day before we got ready because we knew the wedding coordinators both at home and on-site would take care of everything."