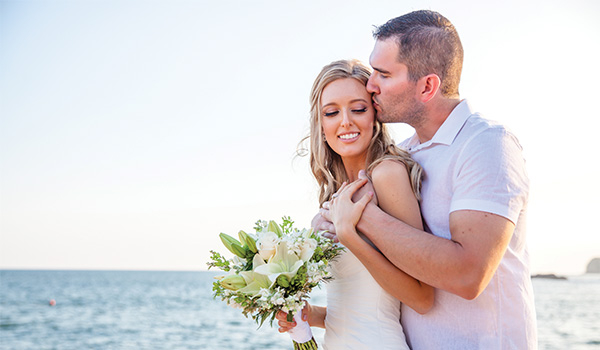 Photo: Adventure Photos and Luna Gainza Photography
Where it all started

Ben and Natasha, both from the small town of Spruce Grove, Alberta, first met through their siblings when they were younger; Natasha’s sister dated Ben’s older brother. Ben was instantly smitten with Natasha and thought she was his dream girl and Natasha thought that Ben was incredibly handsome, smart and kind.

On their third date, the couple spontaneously booked a last-minute trip to Cancun with Sunwing – they both felt that travelling together would determine how well they worked as a couple. After a perfect week in paradise, they knew they were meant to be together!

On another Sunwing vacation, this time in Jamaica, Ben took Natasha for a romantic stroll down the beach to a picturesque pier. He asked some locals to take a photo of them together and then he surprised Natasha by getting down on one knee and asking her to be his wife. Of course, she said “yes” and Ben managed to capture the special moment on camera. 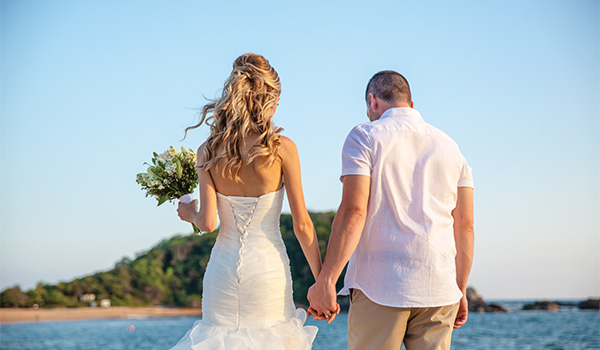 The couple knew from the start that they wanted to have a destination wedding. Being by the ocean made them both feel grounded and they had always dreamed of getting married on the beach. Surf, sand and sun along with all their family and friends were all they wanted for their special day.

The couple chose Huatulco, Mexico as their wedding destination. They loved the authentic Mexican vibe of Huatulco, in addition to its beautiful beaches, delicious food and friendly people! They decided on Secrets Huatulco Resort and Spa for their wedding because they had been there before and loved the peaceful, intimate atmosphere of the resort. 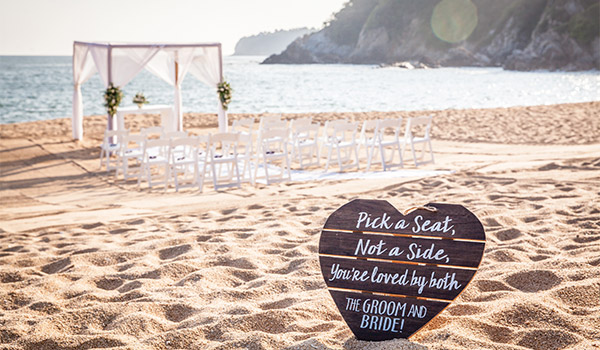 On November 5th, 2018, Ben and Natasha exchanged their vows in front of 20 of their closest family and friends. Their elegant ceremony took place on the resort’s golden-sand beach, where they said “I do” under a dreamy white archway. Ben’s favourite moment of the big day was when he saw Natasha walking down the aisle towards him. Natasha’s favourite moment was when she reached him at the altar and he told her she looked absolutely perfect.

For their reception, the party moved to the resort’s Sugar Reef Lookout, offering panoramic views of the coast. The space was decorated in their colour schemes of ballet pink and white and everyone had a blast dancing the night away! For the couple’s honeymoon, they plan on visiting another tropical destination. 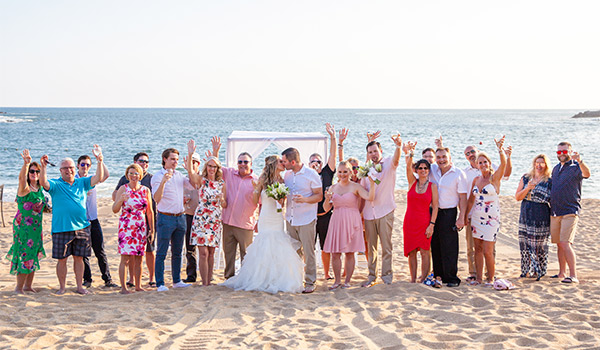 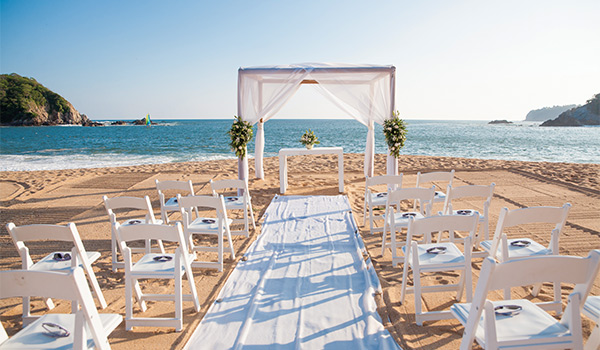 Stationary and invitations: Designed by the bride from Vista Print 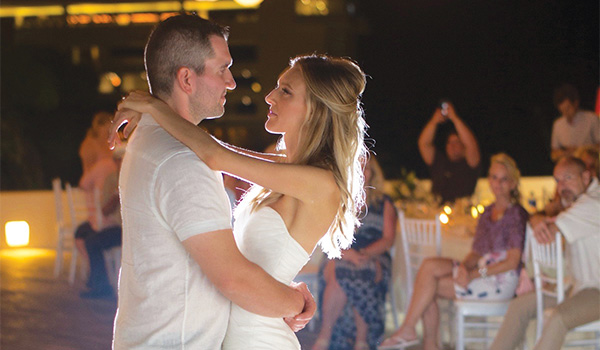 “Enjoy every single moment! It’s very rare for family and friends to get to spend a whole week with each other, so cherish the time you get to spend with all of them. Remember to take a deep breath and know that everything will turn out even more beautiful than you could have ever imagined!”