Happily ever after with Good Morning America

I often write about our customers’ beautiful destination weddings but it’s not every edition that I get to attend one. So being able to get to know Bobbie and Alonzo and join them on their journey during the preparations for their big day as part of this issue was very special. 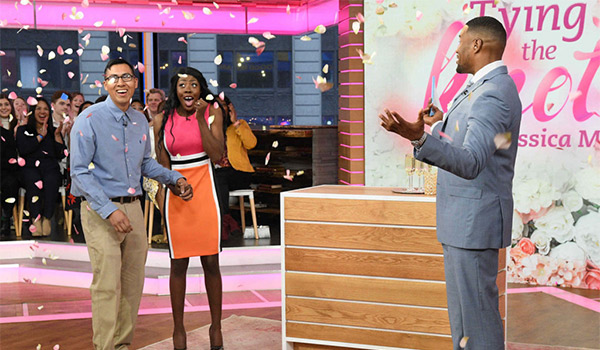 When I first met Bobbie and Alonzo, it was in the Good Morning America studios in New York. They had just walked off the set after being told they’d won a national contest to have their paradise wedding at Royalton Punta Cana Resort and Casino in the Dominican Republic. The pair was accompanied by their infant son, Lucas, who sat happily on his father’s knee as the couple took a moment in the green room at the TV station to let their contest win sink in.

Alonzo, as his best friend described him in the video that had just aired in the studio, was indeed “chill”. Bobbie, on the other and, was visibly surprised and excited. She confessed that when the pair had travelled to the studio from their native Texas, they thought that they were just finalists in the contest, so she could hardly believe what had just happened to them. When she learned that the venue for their ceremony was at a beachfront resort, she was thrilled, adding that there were no beaches where they live in Texas and she’s not had a beach vacation in years. 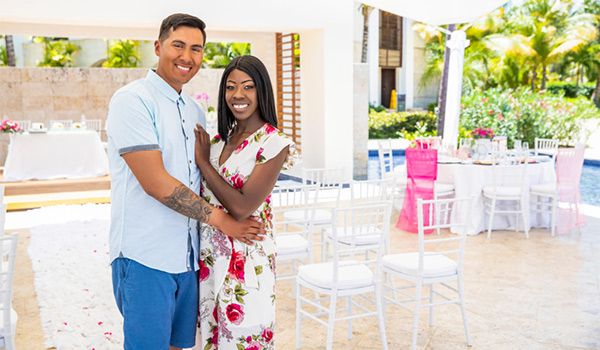 She was also extremely moved at seeing her best friend, Ryiesesa, for the first time in over two years; adding that the sight of her appearing in the studio is what made her ‘ugly cry’. She described Ryiesesa as the first person she really talked to when she joined the army and the only one who’s always been there for her during the crazy pace of army life. When the couple had a chance to catch their breath, I got to find out what made their story so special and why they had been chosen among thousands of entrants across the country to win their wedding.

Bobbie and Alonzo’s love for each other was born in a situation far from what anyone would consider romantic; and yet it flourished. The pair were co-workers in the army and were deployed in the same unit during a tour of Iraq in 2015. When asked how they first met, Bobbie describes Alonzo as being the mechanic that was always late giving her status updates on her truck and never wanted to accept her 5988s (army equipment maintenance and inspection requisition forms). Later during their blossoming romance, she confessed that she used to find excuses to go down to his area and chase up on those job tickets in person... and everything just went from there; from co-workers to friends to a newly-engaged couple. 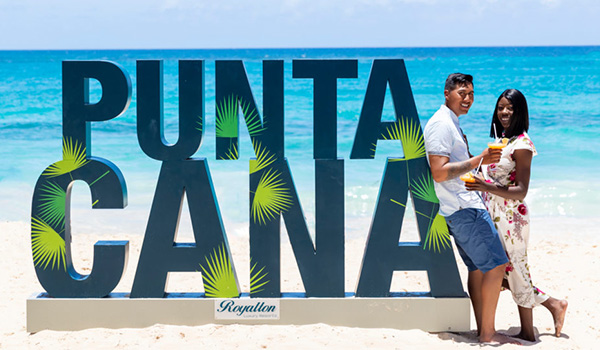 When Bobbie talks about Alonzo, she often mentions that he’s the silent type. So, it’s not surprising that he was economical with words when he popped the question.

Bobbie told us that they were sitting on the couch eating Taco Bell and he slid over a sauce packet that said, “Will you marry me?’ She giggled telling me, “I wasn’t sure if it was a serious question or if he was simply passing me sauce, but then he said, ‘What do you think?’ Of course, I said, ‘Yes!’ To me, it was the cutest thing.”

At the time of their engagement, their army life was not conducive to a big fairytale wedding and honeymoon. In 2016, the pair wed in jeans at a park with just two witnesses and went back to work the next day with no plans for a honeymoon. The following year, their son Lucas was born three months early and was diagnosed with a rare genetic growth disorder, Silver Russel syndrome, and spent the first period of his life in the hospital. At the same time, the pair of them juggled demanding military schedules at their respective army bases — often leaving the house at 5 a.m. and not returning before 7 p.m. 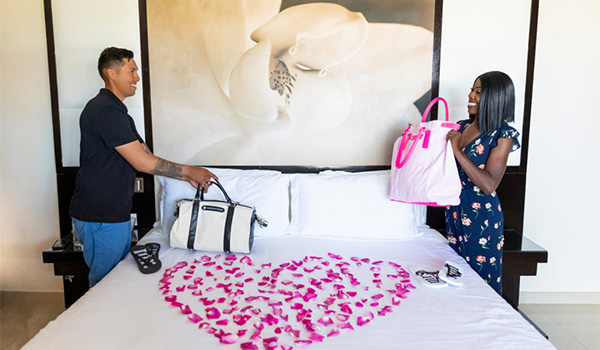 Through it all, however, Bobbie’s love for a picture-perfect wedding for her new family was undiminished. Alonzo shared that she watches ‘all those wedding shows’ avidly and admitted that he knew how much the opportunity to swap army fatigues for a wedding gown would mean to her. Bobbie also told us that it was her father who had encouraged her to enter the contest, knowing her dream to have her wedding day all over again with her family and friends. Sadly, her father passed away suddenly in February, but in Bobbie’s eyes, he is with them in spirit and she confessed that she felt like she won the contest for him.

There was time for her to tell me a little about her vision of the perfect dress (“traditional, lace, I’m leaning towards white”) before she was whisked off to Kleinfeld along with her mother and maid of honour to find the perfect gown. Then I said goodbye to the couple, to meet them again in Punta Cana in early May, days ahead of their wedding. 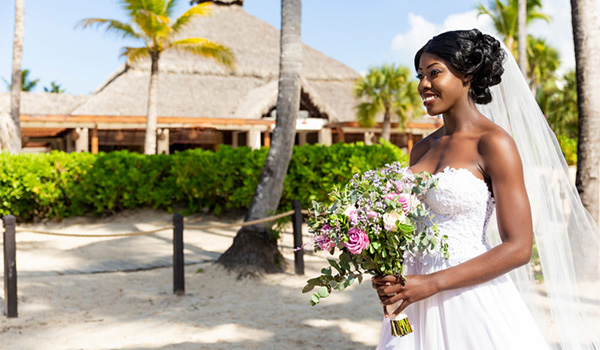 The next time I meet with Bobbie and Alonzo, they’re walking into the airy rooftop lounge of the lobby at Royalton Punta Cana Resort and Casino. Their son, Lucas, is once again in his father’s arms and smiles as he’s greeted by the resort’s signature characters – Max and Ruby™ – as they check in. There’s also a unique surprise for Mom and dad when they reach their ocean-facing suite with a swim-out pool located in the resort’s Diamond Club section. A trail of pink rose petals leads the way as they enter to reveal a heart-shaped arrangement of flower petals on the bed that is laden with goodies for them to enjoy during their stay – from water bottles to ‘Mr. and Mrs.’ flip flops and his-and-hers beach bags (although Bobbie Jokes that both bags are for her!)

There’s time to relax before they enjoy dinner with their friends (including maid of honour Ryiesesa and best man Bryan, who were also with them at the studio in New York) at one of the resort’s specialty restaurants. 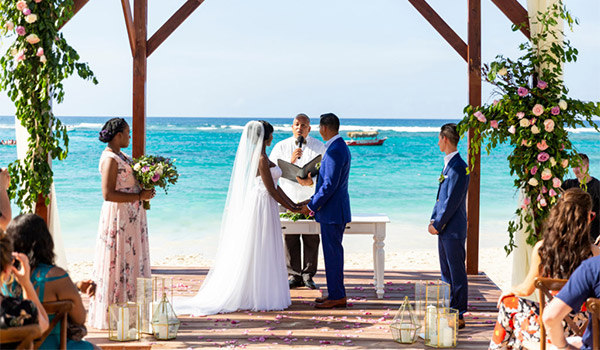 Finally, it’s time for Bobbie’s dreams of that picture-perfect wedding to come true. The morning of her wedding day on May 6th – which also happens to be her birthday – is bright and clear, without a cloud in the sky. Unsurprisingly, her expression is a sunny one as we meet her on the way to the spa with Ryiesesa to start her bridal preparations. She tells us that the day they got engaged in September was also her husband-to-be and maid of honour’s birthday, so it only seemed right that their wedding day should be on hers.

Bobbie and Ryiesesa spend the morning getting ready in the spa’s expansive private bridal suite, leaving Alonzo and his best man Bryan, to dress in their swim-out suite. Their son, Lucas, also donned a formal outfit for his parent’s special day.

There was not a cloud in the sky as the bride walked down the lilac coloured petal-strewn aisle to meet her groom who stood under a simple wooden altar decorated with swathes of greenery accented with lilac, pink and cream roses together with billowing cream silks. 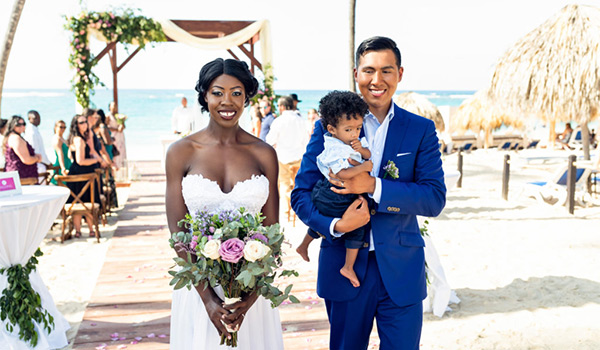 Her backless-gown, with embellished lace detailing on the bodice and flowing chiffon skirt, looks stunning against the Bohemian beach chic altar framed by the azure waves of the ocean crashing behind it.

Then to the sounds of the crashing waves behind them, they exchanged vows. Both had written their own – and the guests were visibly moved by the strong sentiments that each expressed. This was truly a union of a couple deeply in love. Alonzo told Bobbie that the greatest gift he wished he could give her was the ability to truly see herself through his eyes; describing her as his friend, his soulmate and the true rock of his family. Bobbie thanked Alonzo for letting her truly be herself, saying that since she’d met him, her soul was at peace. She also said that their love was bigger than any of the little differences they might encounter and that she would never stop fighting for it.

After the ceremony, they enjoyed a celebratory champagne toast with all their guests before heading on to their very own private beach reception where they were serenaded by a trio of musicians. Their guests were served both champagne and their signature cocktail of ‘Love on the Beach’. 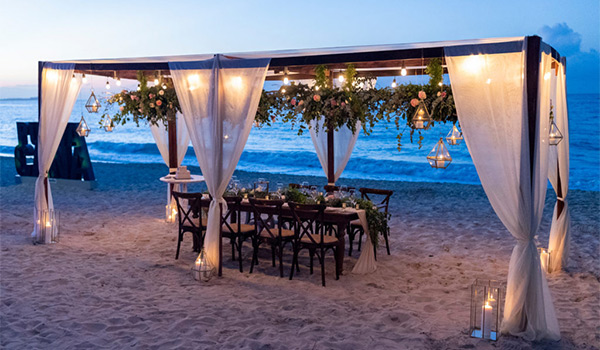 The altar was indeed spectacular, however for me, the setting for the reception dinner that took place just as the sun dipped below the horizon, was even more so. The planner had taken floral elements from the altar pieces and recreated them for the beach gazebo that housed their reception dinner table. Vines, flowers, intricate candles and lanterns were suspended in the air over the table and twinkled as the sun set.

The table itself was luxuriant in green sprays, delicate flowers and different-sized terrarium vases that all glistened and reflected the candlelight. As the darkness grew, the table was a stunning kaleidoscope of pastel light and colours. It was time for us to go. As we said our goodbyes, Bobbie and Alonzo toasted their special day with their close friends that made up their wedding party and celebrated what was sure to continue to be their happily ever after.