Love by design – Colin and Justin say “I do” take two!

When they’re not busy visiting spectacular Canadian cottages on their new docuseries, Great Canadian Cottages, or sharing their expert design tips and advice on popular daytime talk show, Cityline, you will find couple Colin and Justin relaxing at their home in Toronto or at their period house that they have lovingly restored in their hometown of Glasgow, Scotland. For their ten year wedding anniversary this year, this design-duo couple decided to renew their vows with Wedding Vacations by Sunwing in sunny Mexico.

On a sunny day in November, Colin and Justin renewed their vows at the breathtaking Hotel Xcaret Mexico. There wasn’t a dry eye in the house as the couple re-professed their love for each other next to a picturesque waterfall in a private cove. We caught up with them afterwards where they told us all about their love story and why now was the perfect time for them to renew their vows. 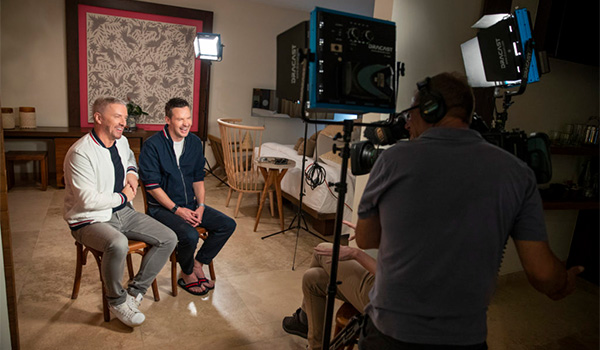 First things first – how did you two meet?

Justin: It was our first year at uni and we were both at a night club called Bennett’s. Our eyes met across the room as we were both laughing… and we’ve been together ever since!

Colin: And of course, when we first met in uni there weren’t any mobile phones…

Justin: Colin used to have to call me on the phone in the corridor of my dormitory. My dorm mates kept asking who the guy was that kept calling every ten minutes! 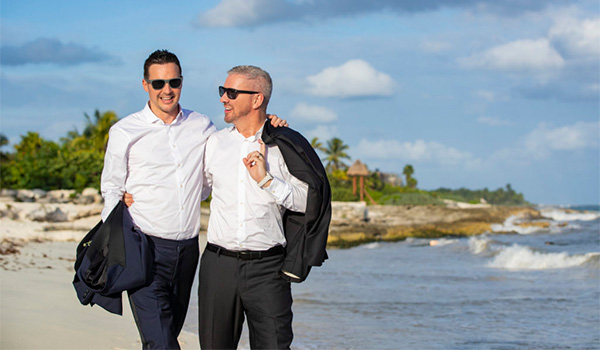 What was your first wedding like ten years ago?

Colin: Our first wedding was small and beautiful. It was on February 15th, 2008 at the Chelsea Register Office in London, near where we lived at the time.

Justin: It’s where Mick Jagger and Bianca got married, so it’s a glamorous place (laughs). And of course, we chose February 15th because it was £60 cheaper than actual Valentine’s Day…

Colin: It was absolutely perfect; it was attended by our two closest friends in the whole world, Elaine and George Ponte. After the ceremony, the four of us went back to Justin and my’s apartment in Chelsea and popped a bottle of champagne.

Justin: Which is when our two friends told us that they were pregnant and we were going to be godparents!

Colin: So not only did we get married that day we also got the gift of our goddaughter, Tallulah. And two years later, another goddaughter, Jasmine! It was the happiest day. 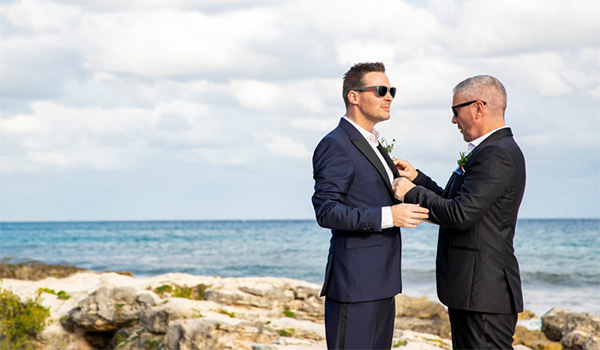 Was a vow renewal something you had been thinking about doing for a while?

Justin: Yes! We’ve always said that we want to renew our vows every ten years and it was our ten year anniversary back in February.

Colin: We’ve just been so busy this year – in between filming Great Canadian Cottages on Cottage Life and all our travels, we had trouble finding time to get away! 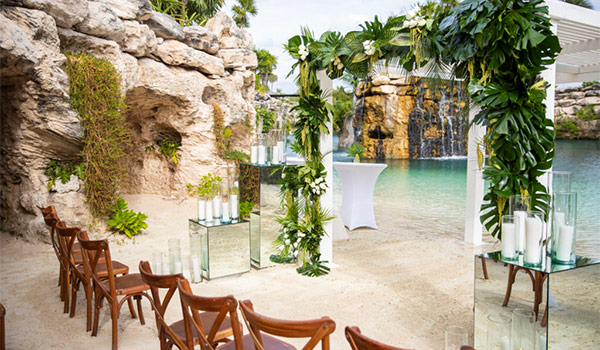 Why did the two of you decide to have your vow renewal in Cancun?

Colin: We knew we wanted to have it somewhere warm. Cancun is perfect because it’s just a short four-hour flight with Sunwing from Toronto where we live.

Justin: Plus, we had heard from our friends who had been here recently how spectacular Hotel Xcaret Mexico is. We also read an article in Condé Nast Traveller about this resort and how it really redefines the concept of an all inclusive resort, so we knew we wanted to come here to exchange our vows! 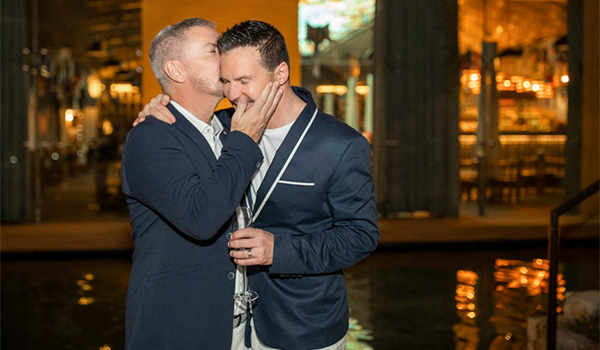 On this trip, you got to enjoy a romantic getaway at Hotel Xcaret Mexico. How was that?

Justin: It’s been so perfect. As designers, we’ve found everything about this resort so picture-perfect and so Instagrammable, so perfect for Pinterest. Riviera Maya is just such a great place to go to – and the weather has been fantastic, so much better than back home in Toronto, that’s for sure!

Colin: Yeah, Hotel Xcaret Mexico is just such an amazing resort. Sometimes you go to beautiful resorts and they can be all surface… you know, no substance. The staff here are magnificent. They really do look after you and go the extra mile and to us that makes a huge difference. And we went paragliding! Which is fantastic! We also want to try out the Sea Trek activity… Justin: The sky’s the limit here. And why not – its our vow renewal after all!